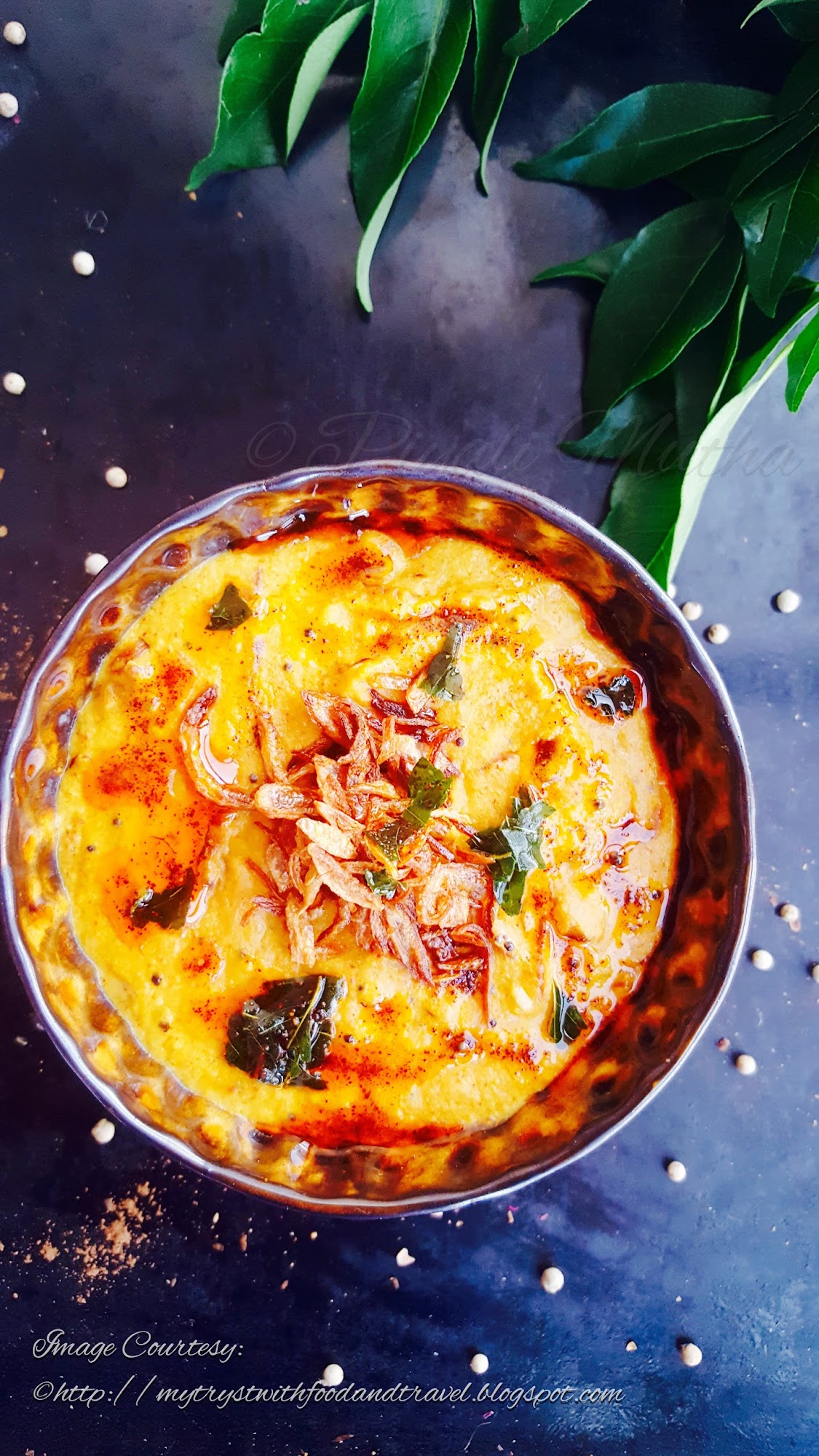 Pyaaz Ka Salan or Fried Onions in a Thick Rich Gravy is an ode to the Culinary Gem Mirchi Ka Salan. The recipe of Pyaaz Ka Salan is a little different to that of the Mirchi Ka Salan which has a thick brown gravy, resplendent with Bhavnagri Mirch (Chillies from Bhavnagar, Gujrat), which are long, fat green chillies with the right balance of heat and finely hand pounded chironji and almonds. The Mirchi Ka Salan dates back to the times when Emperor Akbar ruled the Indian Sub~Continent. The popular theory is that this dish did not originate in the royal kitchen but most probably in the kitchen of a Wealthy Jagirdar when he threw a Regal feast for the Emperor. 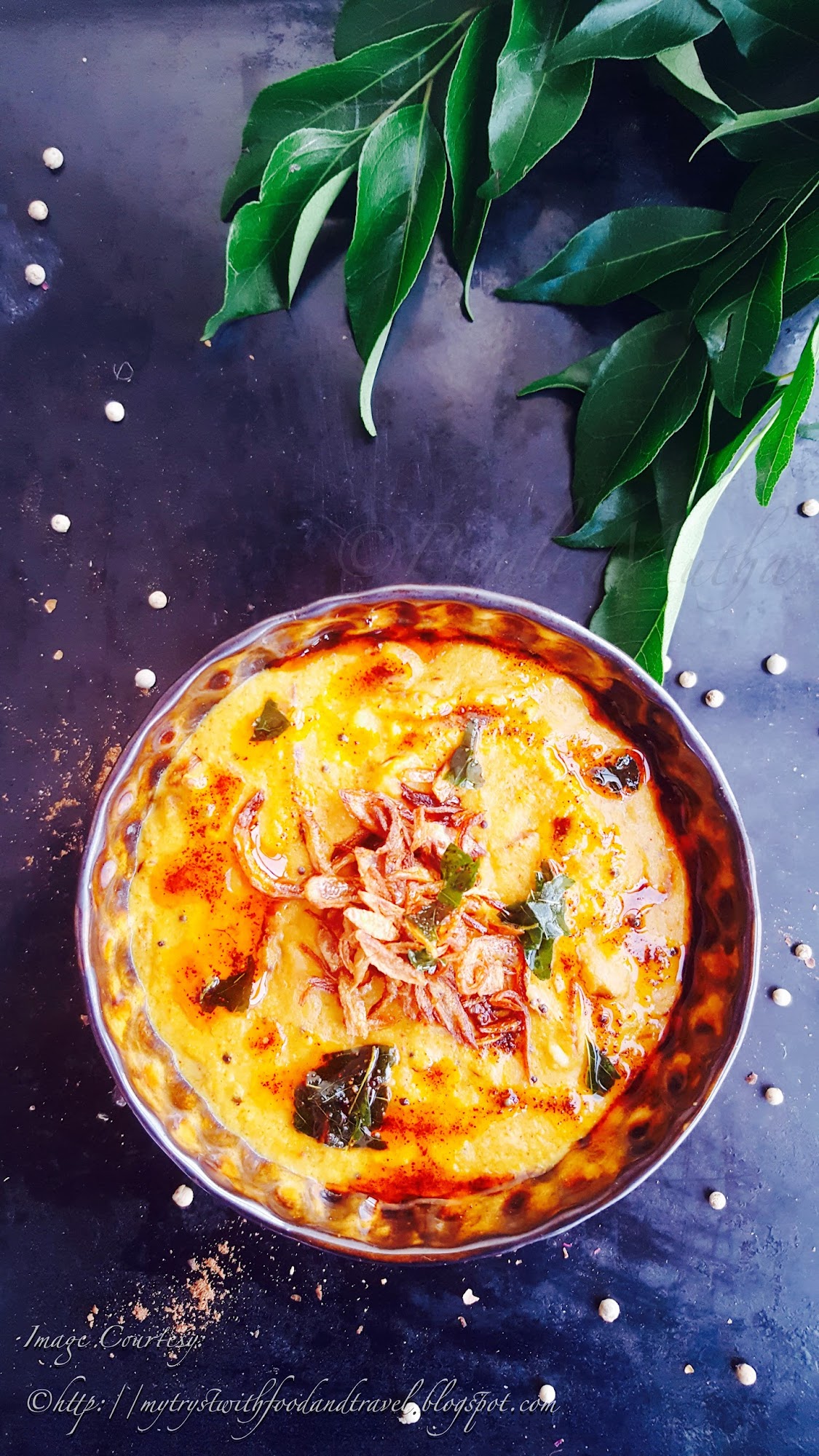 Jagirdars were people whose remarkable services to the kingdom and monarchy was rewarded with lavish gifts such as large pieces of land. They were said to be very rich and close to the ruler and court. Coming back to the dish, even The Ain-i-Akbari, Persian for Constitution Of Akbar documented by Abu'l_Fazl ibn Mubarak, a high ranking minister in the court of Emperor Akbar, mentions this dish as the Emperor's favourite. So it is evident that because of Emperor Akbar's immense liking for the dish, the dish must have travelled from the Jagirdar's kitchen to the palace kitchen.

Emperor Akbar was a staunch vegetarian, surprised? History has it that Akbar gave up hunting and became a vegetarian under the influence of Jain Monk Hir Vijaya Suri. Although Akbar was a modest eater, who preferred simple dishes, the full flavoured, creamy Mirchi Ka Salan did manage to hold it's ground as a favourite on the Emperors platter. However, during that time this dish was eaten as a main dish and not served as an accompaniment to Biryani as it is done today.

Some foodlore suggest that the descendant of the Jagirdar in whose kitchen the dish was born are the Asaf Jahis, who are in turn responsible for chartaring the culinary map of Hyderabadi Cuisine. They were totally in love with this dish and were so possessive of the recipe that even their will would have a mention that the recipe of this dish be passed only on to the family kitchens and the secret to making the finest Mirchi Ka Salan therefore remained locked  and sealed with them until much later. Mirchi Ka Salan over the years became synonymous with Hyderabadi Cuisine. The dish has seen many renditions from the time of it's inception to the dish that we have today. From being a dark brown tamarind laced dish with an al dente chilli as its star ingredient, to the whitesh dish where tamarind was replaced by a local citrus fruit Kharna(Sour Orange) to suit the British Palette to finally being changed to the dish that you eat today.

The original recipe requires certain ingredients which are not widely available. Especially the Bhavnagri Mirchi which when I have discussed with chefs in 5 star hotels, have told me is the key to the perfect Mirchi Ka Salan. Therefore I deceided to go ahead and make the one which generally restaurants serve. In the Pyaaz Ka Salan, chironji and almonds are replaced by sesame seeds and peanuts and Deep fried onions become the star ingredient. The souring agent can be either yogurt or tamarind. Jaggery or Sugar can be added to given that perfect flavour balance which makes this dish the icon that it is today. So let's take a look at the ingredients.

TO DRY ROAST AND GRIND ~

1) Take a frying pan or wok. Pour Oil. When hot reduce the flame and throw in the sliced onions. Fry them on a low flame, till golden brown. Sieve the onions through a slotted spoon and transfer them to a plate lined with a kitchen napkin to absorb any excess oil.
NOTE ~ You can skip this step and use store brought fried onions.

3) Transfer the contents of the pan into a food processor.
** Adding a little water grind the contents into a smooth paste. Keep aside.

GRAVY OF THE SALAN ~

4) Take a pan or wok. Add Oil. When hot throw in Cumin and Mustard Seeds.
** Let them crackle.
** When they start crackling add Ginger and Garlic Paste. Saute till the raw smell disappears.
** Throw in the curry leaves. Saute for a minute.

5) Add the paste you made in step 2. Mix
** Add Turmeric, Red Chilli, Cumin and Coriander Powder, Salt. Mix.
** Add water to thin the consistency of the gravy.
** Mix. Simmer for 10 minutes or till oil starts to appear on the gravy.
** Add yogurt. (If using tamarind paste add now. You can add jaggery or sugar now, to balance the flavours. I have skipped adding a sweetener as my Yogurt was creamy and not sour). Mix.

6) Finally add the fried Onions. Mix. Leave a Tbsp full for garnishing.
** Simmer for a couple of minutes. Your Pyaaz Ka Salan is ready.
** Garnish with fried onions and fried curry leaves and serve along with any Biryani.

Pyaaz Ka Salan is the perfect accompaniment which takes your Biryani to another level.

Would Love To Hear From You. Do Leave Your Valuable Feedback In The Comments Below. If You Have Tried This Recipe Please Let Me Know How It Turned Out. If You Have Any Queries Regarding This Or Any Other Recipe In My Blog, Please Feel Free To Leave A Comment Here Or Email Me At piyalimutha@gmail.com . For The Latest Updates Of My Blog And Loads Of Food Stories Stay Tuned To My Facebook, Google+, Twitter, Instagram, Pinterest, Flipboard Accounts. Let The Food Adventure Continue In Your Kitchen...
Posted by Culinary Adventuress Piyali Sekhar Mutha at 08:51